You’d think finding 10 nerdy adult coloring books would be the hardest part of putting together a list like this, but in fact, the most difficult thing was phrasing the title in a way that doesn’t look NSFW. Adult Coloring Books (the mandala kind, not the dirty doodles kind) exploded after the publication of Johanna Basford’s Secret Garden: An Inky Treasure Hunt and Coloring Book.

In the last three months, makers of nerdy TV, movies, and books joined in the fad, announcing coloring book companion volumes to most of Tumblr’s favorite fandoms. (Spoiler Warning: There isn’t a licensed Supernatural coloring book.) Most of them aren’t out yet and have no interior preview images, but that hasn’t stopped these black and white geeky juggernauts from surging to the top of bestseller lists through the power of pre-orders.

AS SEEN ON TV 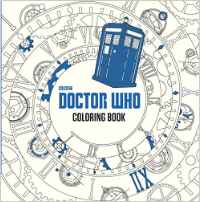 Price Stern Sloan, maker of Mad Libs, somehow got the license for an Official BBC Doctor Who Coloring Book. It won’t be available until February 2016, but pre-orders have already rocketed it onto Amazon’s Top 100 list of Adult Coloring Books and top 700 in all books.  (Retail $14.99)

Someone at Harper Collins also has a tumblr account. Their Sherlock Coloring Book came out in November 2015, just in time for you to finish all the pages before the Victorian inspired Christmas special. (Retail $14.99)

SuperWhoLock fans, the CW has joined the fray! By the end of this year, you’ll be able to complete the trifecta! Insight Editions hasn’t revealed anything yet about the official Supernatural Coloring Book – not even the cover. All we know is that it’s 96 pages long and will be released on September 20. (Retail $15.99) 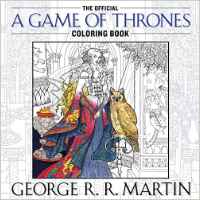 It looks like both the Game of Thrones and Outlander coloring books were cranked out by the same overworked artist, but Bantam’s official Game of Thrones Coloring Book promises interior illustrations by multiple award winning artists.  (Retail $16.95) 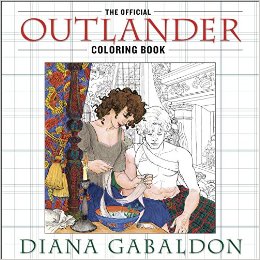 Sharpen your pencils, folks, because it’s going to take some creativity and skill to transform the pages in Bantam’s official Outlander Coloring Book into your favorite adult scenes between Claire and Jamie. (Retail $16.95) 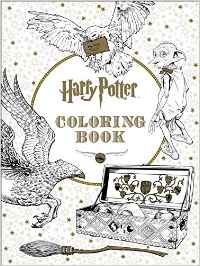 With Doctor Who and Sherlock books announced, Scholastic figured out there’s a huge market for nerdy adult coloring books. Since everyone on the planet owns a full set of Harry Potter books, it only makes sense to give the beloved franchise its own officially licensed Harry Potter Coloring Book. (Retail $15.99) 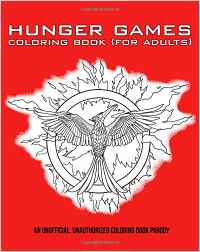 I enjoy the irony of creating an unofficial “Adult Coloring Book” for a YA series of novels. Unlike many of the licensed properties, you can grab a copy of The Hunger Games Coloring Book For Adults right now, for $9.95. 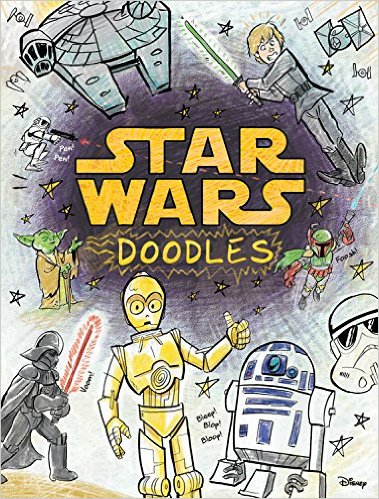 While the Star Wars Doodles book isn’t explicitly for adults, it happened to come out right when adult coloring books exploded. Coincidence? Both this and the Lego Star Wars Coloring Book are available now. (Retail $12.99)

Marvel has plenty of kid oriented comic books, but starting with Color Your Own Age of Ultron,  they’re giving adults access to the black and white line drawings from some of your favorite comics, printed on paper conducive to home coloring. The preview images are as complicated as any grown-up mandalas, only with more capes, spandex, and comic awesomeness. Color Your Own Civil War come out April 19, 2016 followed by Skottie Young’s adorably cute Color Your Own Mini Marvels on June 21, 2016.

Grab your red and black colors, folks, because just in time for his new movie, you can now Color Your Own Deadpool!(Retail $9.99) 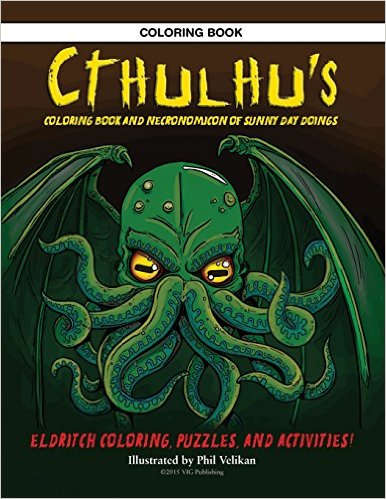 You could power a small New England city from the energy generated by H.P. Lovecraft spinning in his grave. The product description promises that this book isn’t scary at all and is totally appropriate for kids. The brave and foolish among you can open Cthulhu’s Coloring Book and Necronomicon of Sunny Day Doings if you dare. Or if you’re drunk. (Retail $6.99)

Alice in Wonderland has inspired a lot of coloring books, but Alice’s Adventures in Wonderland is the first one with the original Sir John Tenniel illustrations. It’s produced by MacMillian, the same folks who originally published Lewis Carroll’s book, so they’ve got the rights to all kinds of licensed imagery and text. (Retail: $10 +$4 shipping to the US)

Alice in Wonderland fans can disappear down a rabbit hole with this 150th anniversary edition adult coloring book small enough to carry in most purses for coloring on the go. (Retail $8.95)

At the opposite extreme, you can also buy this gloriously oversized Alice in Wonderland Giant Poster and Coloring Book which allows you to color in your own 12.5″ x 15.5″ mini-posters suitable for showing off on your walls. (Retail $12.95)

The Wizard of Oz Vintage Coloring Book for Adults will take you back to an era when Frank Oz put Dorothy in Silver Shoes (as opposed to the movie’s Ruby ones) and didn’t shy away from some over the top violence, all while looking delightfully quaint. (Retail $6.99)

Zombie and gore fans owe it to themselves to heck out artist Tommy Castillo’s Coloring Book of the Dead, a delightfully twisted treat for adult horror fans. (Retail $10)

Color Me Good: Benedict Cumberbatch is only 16 pages long, but some of you anglophiles won’t be able to resist the world’s sexiest otter. (Retail $13.00)

For those of you who love our Illustrated Geek Recipes, I’m so excited to announce that Tom Gordon and I are just published Kitchen Overlord’s Colorable Compendium of Geek History wherein you color your way through over 120 years of geek history in 110 gorgeous pages. (Retail $13.99)

What's black and red and sugary all over? Keep scrolling and you'll find out. We're wrapping up our week long Deadpool extravaganza with a baker's do ...

7 Tasty Ways To Level Up Your Next Catan Night

...  boxed cake mix. Grab a couple tubs of icing and some food coloring and you can have an easy Edible Catan Map on the table faster than ...

...  houses, like chocolate chips, jelly, yeast, or food coloring. But hey, I'm here to help keep your hands busy while you wait ...