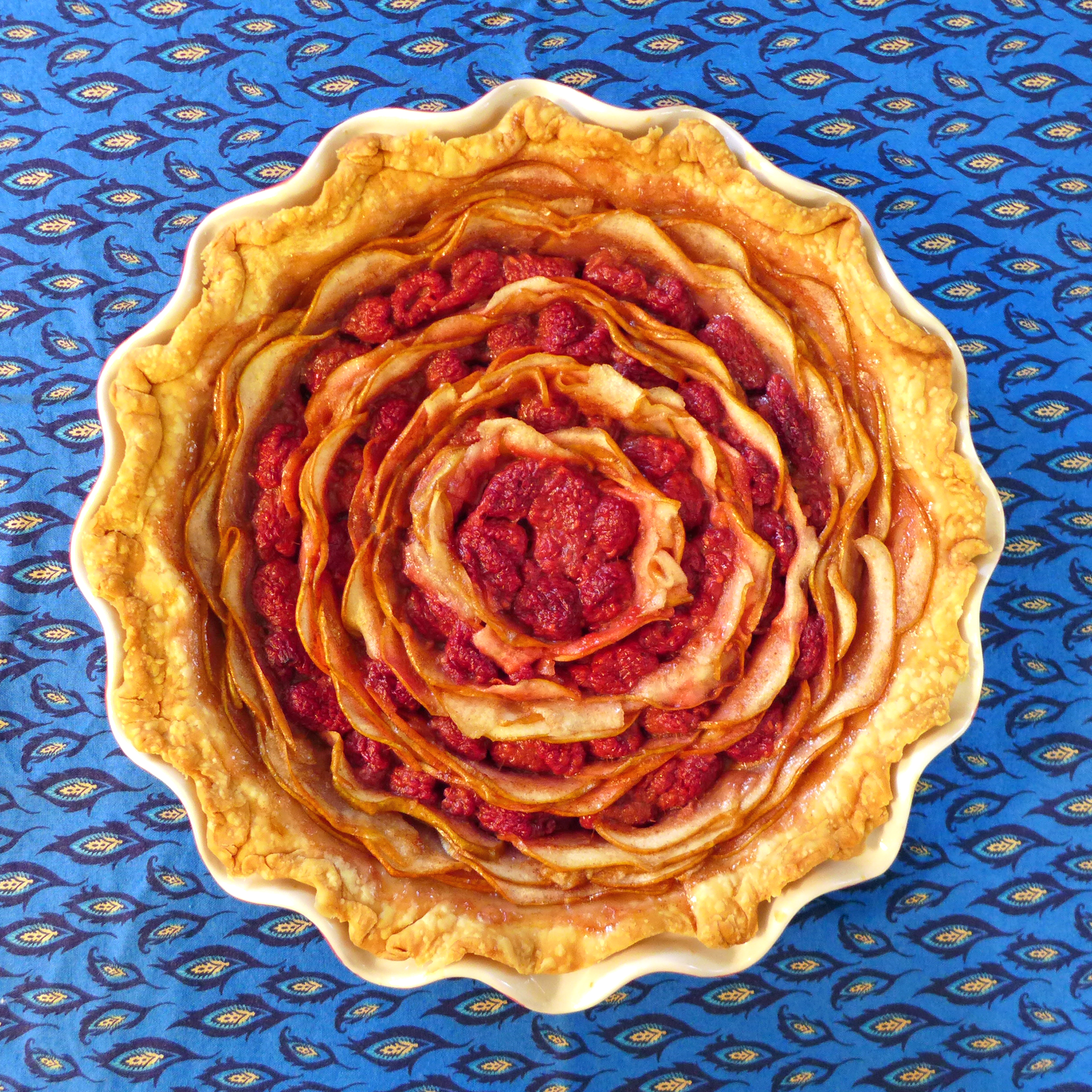 Everybody loves an archer. It’s a badass weapon in the hands of Legolas, Link, Mulan, Merida, and a million iterations of Robin Hood – but that’s not enough.

In honor of all our favorite fictional archers, I present this holiday Bullseye Pie. Draw your fork and aim your hunger right at the center! 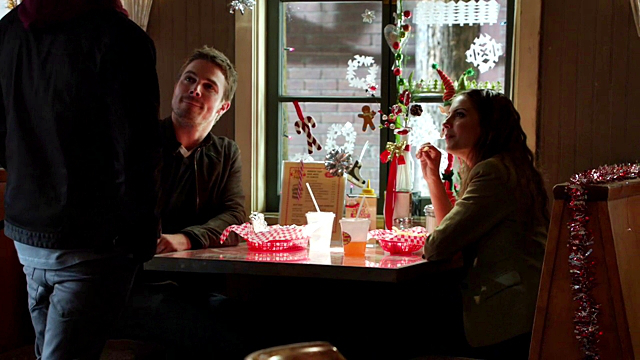 This pie’s filling is both vegan and gluten free. You can find gluten free pie crusts in the freezer section of most healthy or schmancy food stores and vegan pie crusts at most large groceries. If you need a crust that’s both, try this recipe from Meghan Telpner or this one from Allergy Free Alaska. If you’re cooking for folks who don’t have any food restrictions, go ahead and get decadent with a flaky butter crust and actual butter in the filling instead of vegan margarine. 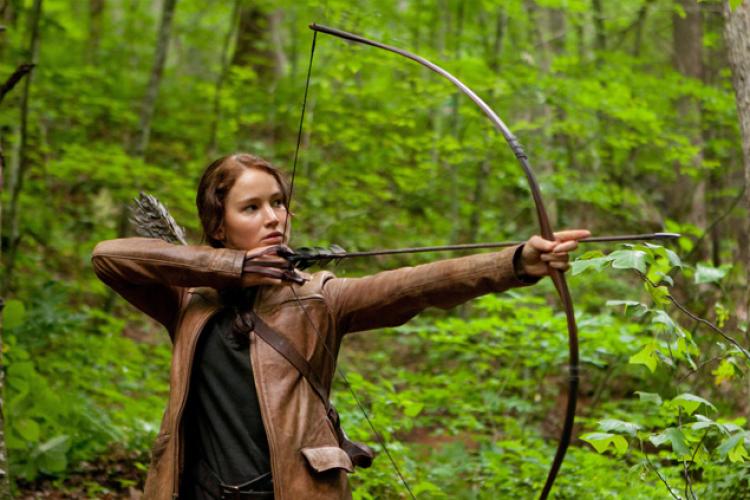 Core the pears, cut them in half, and then slice them very thin. I used a mandolin. The thinner the slices, the more flexible they’ll be in the pan.

Scoop teaspoons of vegan margarine or thin slices of butter and layer them in with what now seems like a heaping mound of pears. It may seem like a lot of (tasty) fat, but trust me, when you start piling on the pears, it’ll disappear faster than you think.

Microwave the pears for 1 ½ – 2 minutes, or until the vegan margarine is completely melted and the pear slices are ever so slightly softened.

Mix your sugar, cinnamon, cardamom, and salt together then sprinkle it all over your buttery pears. Gently use your hands to try and coat as many slices as possible.

Meanwhile, dump your remaining sugar, cinnamon, cardamom, and salt over your raspberries and toss until they’re completely coated.

Spread your pie crust in a well decorative pie tin spritzed with nonstick spray. If you have one that is fluted or flower shaped, awesome. If not, don’t worry.

The next step is important – queue up an episode of something you really like. I mean it. This is the time to get caught up on some Arrow or Hunger Games. Assembling the bullseye is shockingly easy but pretty darn tedious. Watching a badass shoot arrows for an hour makes the work go so much faster. 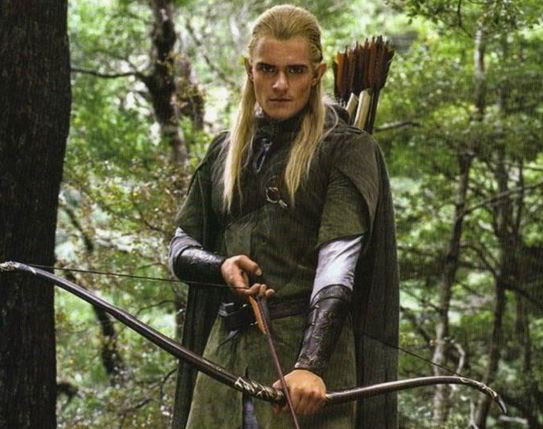 Whatever pie crust you use, spread 2 tbsp of apricot preserves over the bottom. This not only adds flavor, but also helps seal the bottom crust against fluids leaking out from the pie and helps glue the fruit filling in place so it behaves better.

Lay a slice of pear against the edge, cut side facing down, skin side facing up. The next slice will overlap slightly, but not completely. Keep this up going round and round the pie pan until you’ve added 3-4 layers.

Firmly press a single row of fresh, sugared raspberries up against the pear slices.

While you’ve been layering fruit, the raspberries have slowly sweat out some sweet red liquid.

When you’re out of space in your pan, fish any remaining fruit out of that sugary fluid. You might as well eat it. You’ve worked hard.

Now that all the fruit is used up, whisk ½ tsp vanilla and 1 tbsp cornstarch into the liquid until it’s completely smooth. Drizzle the slurry over the pears, starting on the outside, working in.

Bake at 375F for 10 minutes. Reduce the heat to 350 and bake for another 35-40 minutes, or until the crust is golden brown and the visible fluid in the middle seems more jelly-like than fluid.

Let the pie completely cool before slicing. If you try to slice it while they’re still warm, the pears will shred. You didn’t put all that time into attacking pears with a mandolin and arranging them in neat layers just to give up now! You have the willpower to wait! I believe in you.

If you’re going to let the pie sit overnight or longer before serving you can optionally give it a shiny gelatin coat, just like the ones you see in fancy pastry shops. Keep in mind gelatin is an animal product. If you use it, your pie will no longer be vegetarian, vegan, or kosher. 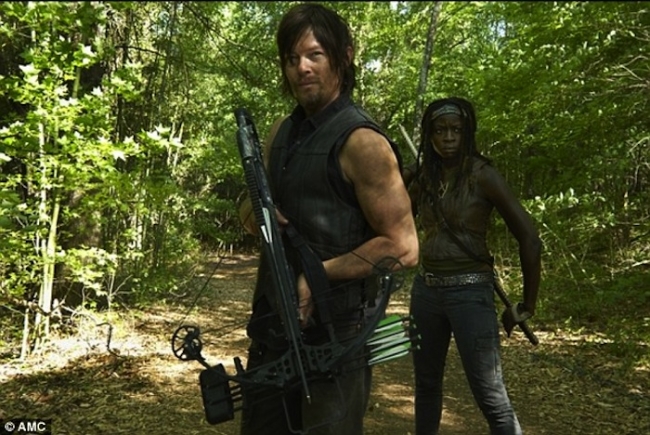 Once the pie has completely cooled, aggressively whisk 1 tsp unflavored gelatin, 2 tsp sugar, and ¼ cup water until it’s completely smooth and lump free. Use a pastry brush to gently paint the top of the pie with shiny, shiny goodness. Put the pie in the fridge for 15 minutes, let that layer set, then add a second layer of gelatin.

The advantage of the gelatin coat is it not only makes the pie look sexier, but also helps seal in the moisture and keep the pie fresh for another couple of days. The disadvantage is once you add the gelatin, it’s no longer edible for anyone who is vegan, kosher, or halal. You know your friends. Make the right decision.

...  circle. You could up the color by using strawberry or raspberry jam, but honestly, cherry tastes best with the Ube. Allow your ... 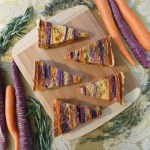