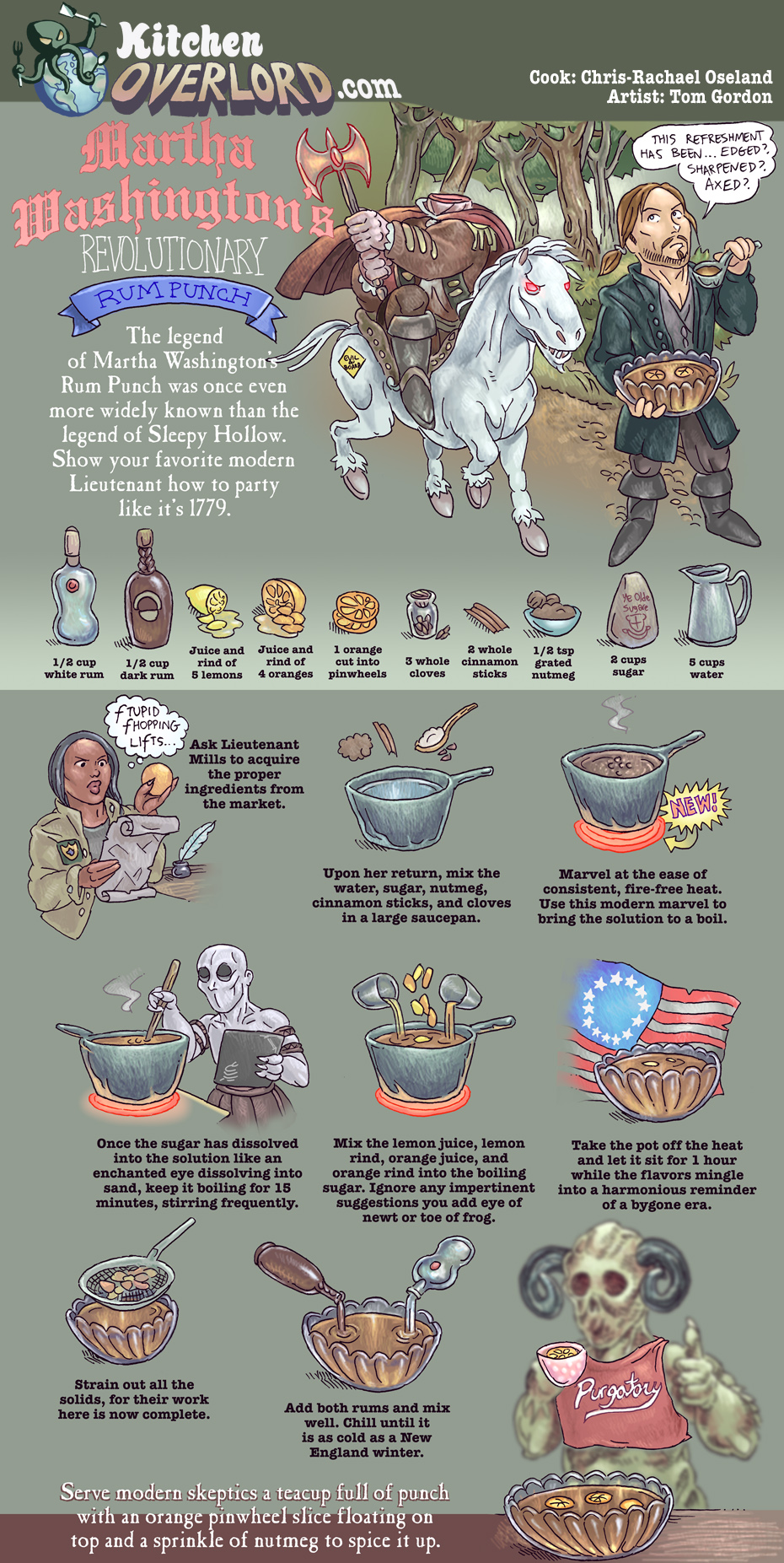 People think of the founding fathers as being stiff necked and straight laced, but the truth is they could party harder than frat boys on spring break. The legend of Martha Washington’s Rum Punch* was once even more widely known than the legend of Sleepy Hollow. Show your favorite modern Lieutenant how to party like it’s 1779 with a cup of:

Ask Lieutenant Mills to acquire the proper ingredients from the market.

Upon her return, mix the water, sugar, nutmeg, cinnamon sticks, and cloves in a large saucepan.

Marvel at the ease of consistent, fire-free heat. Use this modern marvel to bring the solution to a boil.

Once the sugar has dissolved into the solution like an enchanted eye dissolving into sand, keep it boiling for 15 minutes, stirring frequently.

Mix the lemon juice, lemon rind, orange juice, and orange rind into the boiling sugar. Ignore any impertinent suggestions you add eye of newt or toe of frog.

Take the pot off the heat and let it sit for 1 hour while the flavors mingle into a harmonious reminder of a bygone era.

Strain out all the solids, for their work here is now complete.

Add both rums and mix well.

Chill until it is as cold as a New England winter.

Serve modern skeptics a teacup full of punch with an orange pinwheel slice floating on top and a sprinkle of nutmeg to spice it up.

* Yes, this is a real historic recipe. George Washington would literally take barrels of Martha’s Cherry Bounce and other homebrew with him when on the march.

...  of Marvel Comic’s Master of Magnetism, I present this edible homage to his Purple Majesty’s battle-wear chain mail and ...

...  disadvantage is once you add the gelatin, it’s no longer edible for anyone who is vegan, kosher, or halal. You know your friends. ...