UPDATED: Geek Subscription Boxes to Liven Up Your Lair

I have a confession to make.

Some days, life gets a little lonely here at the Kitchen Overlord lair. Sure, I can always make a few minions fight it out in our Thunderdome cage with nothing to defend themselves but week old stale baguettes and half a dozen durian fruits, but their pleas for mercy only make me long for a novel form of false companionship.

Luckily, I discovered a variety of subscription boxes that deliver to sewer grates at the base of an extinct volcano. Each little package is like receiving a neatly wrapped threat from an old nemesis, except they’re stuffed with tasty delights instead of an absinthe and anthrax soaked handkerchief.

I’ve laid hands on Loot Crate, Nerd Block, and Booty Bin. In fact, you can see my FanboyTV review of the Geek Subscription Box trifecta by clicking this shiny link. Loot Crate describes it’s subscription boxes as “epic geek and gamer gear.” You get a discreet black box stuffed with 6-8 products including toys, comics, stickers, t-shirts, and food. Recent theme months have included Doctor, Excelsior, and Infinity. Retail value is about double the actual price of your crate. It’s like getting a surprise package from Geek Santa once a month.

Canada’s Nerd Block is pretty much a slightly more expensive carbon copy of Loot Crate. While I’m all for competition, it would’ve been nice if they’d found some way to distinguish themselves as better or different instead of just offering a clone of the same service.

Despite their pirate-tastic site theme, Booty Bin actually ships you a random assemblage of geeky stocking stuffers. Their subscription box costs $10 more each month than Loot Crate, but they promise 7-10 items to make the extra scratch worth it. While Loot Crate and Nerd Block both give you products worth about twice what you paid for the crate, Booty Bin consistently sent me boxes worth about half what I paid for them. Honestly, it looks like they grab random stuff from the dollar store. Spend your money on either of the other two.

Gizmo Crate calls itself a gadget and foodie discovery box. For $40, you typically get some kind of gadget for your phone, some kind for your car, a couple manly snacks, and the occasional geeky kitchen appliance.

I have yet to see inside a Gadgets and Gear MegaBox, but they promise to deliver $100 worth of goodies in each $40 crate. They don’t offer any photos or examples of past boxes, so at this point, it’s a total gamble.

Once a quarter you get a box of mysterious yet themed goodies curated by everyone’s favorite curmudgeonly uncle, Bill Nye. Your real uncle never sent you anything this cool. 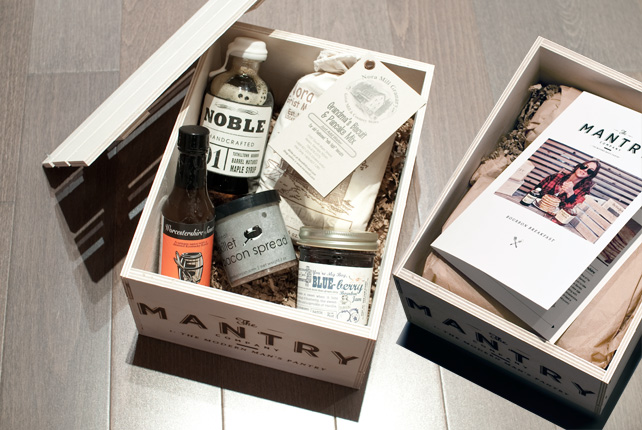 This box isn’t cheap, but it is hands down the best option for classing up your lair. They send you half a dozen full sized items cloaked in manly labels harkening back to an era when presidents like Teddy Roosevelt fought bears before breakfast. Expect plenty of bourbon, bacon, and meat products, plus classic cocktail mixes.

Yes, it’s a meat of the month club. Every month you get 4-5 chunks of Charcuterie – seasoned meat preserved using centuries old techniques. Try not to lick the screen. This looks like a fun way to taunt the minions. Once a month, I can give them a totally random selection of survivalist goods then enjoy the fear as they ponder how the heck they’re going to use this stuff. Bug Out Box bills it’s subscription box as a way to “Increase your chance of surviving the wilderness, urban riots, or the zombie Apocalypse.” Zombies are terrified of hand warmers and water purification tablets, or they will be after my next few experiments.

...  playing in the growth serum! You're hand's bigger than your head. No, your other head.  Via Between the Pages. I know Nick Fury's ...

7 Tasty Ways To Level Up Your Next Catan Night

...  days, you can nerd up your dining room with everything from a Sonic Screwdriver cutlery set to Death ...  friendships by ...

...  like a plucky band of apocalypse survivors, you and your housemates are snowed in with a limited amount of food. You’ll ...