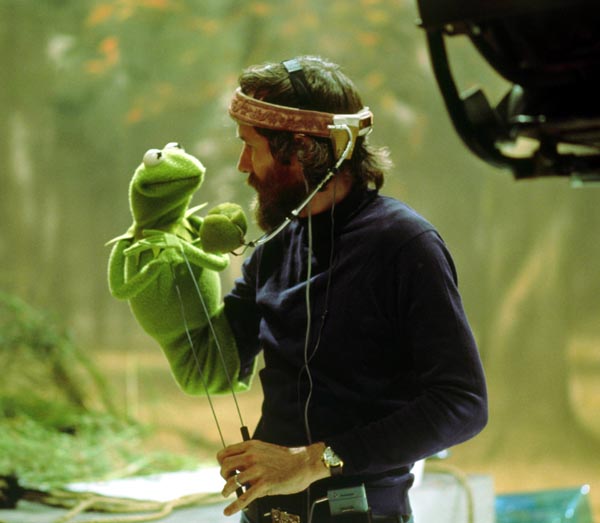 Welcome to the ninth edition of PhenomeNOMS, a look at famous geeks and the food that has either inspired them, or is inspired by them. This week features one of my absolute favorite people and world-changers, Jim Henson.

I know you might be thinking, “but Jim Henson wasn’t a scientist or internet geek superstar!” – and no, he wasn’t, but he was one of the most imaginative, educational, and inspiring creative minds of the 20th century, and since we’re working with a very broad definition of geekery here, I think he fits perfectly among those I consider special enough to be featured.

Henson is most famously known for the creation of the Muppets – puppet creatures that aren’t quite puppets and aren’t quite marionettes, who have been featured in television shows, movies, music albums, commercials, and theme parks. Henson joined the Children’s Television Workshop in the late 60’s, and what came out of it was one of the most impactful children’s televisions shows in history, one that is still going strong today, Sesame Street. Sesame Street not only featured Henson’s Muppet characters, but also a cast of human actors, cartoons, sketches, original songs, and even celebrity guests. Even with the creation of Sesame Street, one of the best features the Muppets brought to entertainment was that puppets weren’t just for kids. In fact, early on, Henson’s Muppets had a small comedy series on Saturday Night Live called “Dregs and Vestiges”, which featured more adult themes than the regular Muppet movies or Sesame Street. The Muppet Show, which started in the mid-70s, married the idea of appealing to both children and adults, witch sketches and musical numbers featuring the Muppet characters and celebrity guests.

When it comes to the big screen, Henson has been behind some of the most iconic movies and shows of my generation: Labyrinth, Fraggle Rock, The Muppet Movie, Muppet Babies, The Dark Crystal, and even the Star Wars franchise with the assistance in creation of Jedi Master Yoda, which was voiced and articulated by Henson’s business partner and friend, Frank Oz. Henson’s puppetry in his movies created some of the most innovative and magical moments in cinema, such as the opening scene to the Muppet Movie where Kermit is playing banjo on a log in the middle of a pond, or the bicycle scene where the Muppets seem to ride on their own in a park in The Muppets Take Manhattan.  In 2011, actor Jason Segel starred in the movie “The Muppets”, a sequel of sorts to the original Muppet movies, bringing the classic characters from the Muppet show back to life.

It’s hard for me to imagine a world without the impact of Jim Henson’s creations. As someone who grew up with the Muppet movies and Sesame Street, I am forever in Henson’s debt for inspiring creativity, wonder and love in my heart. Jim’s gentle nature and busy mind has inspired the dream of the Muppets to live on until this day. Sesame Street is in its 43rd season with over 4000 episodes and is broadcast in 140 countries, with independent co-productions in 20 countries. Sadly, Jim Henson left this world in May of 1990 at the age of 53. Many of his fellow Muppeteers did a singing tribute performance at his funeral, which you can watch here (I suggest, however, to keep the tissues handy, as it’s incredibly moving).

For a recipe that captures the spirit of Jim Henson and all that he has created, I am reminded of one of the most beautiful songs of my childhood, The Rainbow Connection. To celebrate Jim’s memory, but also make something that would do right by Cookie Monster’s song “Healthy Foods”, I think this delicious dish featuring rainbow chard with the sweetness of golden raisins and cranberries serves his memory well.

Heat the olive oil on medium in a large, wide pan. Add your pine nuts and toast until golden, a little more than a minute. Transfer the pine nuts to a paper towel to drain.

Roughly chop the leaves and stems of the Swiss chard. Add the garlic and onion to the pan of olive oil on medium, and throw in a pinch of salt and pepper, and sauté until translucent, about 5 minutes. Add the chard to the mixture in the pan and cook for 5-7 minutes, until the chard has softened. Add more salt and pepper to taste at this time.

Turn off the heat and add your toasted pine nuts, raisins and cranberries.