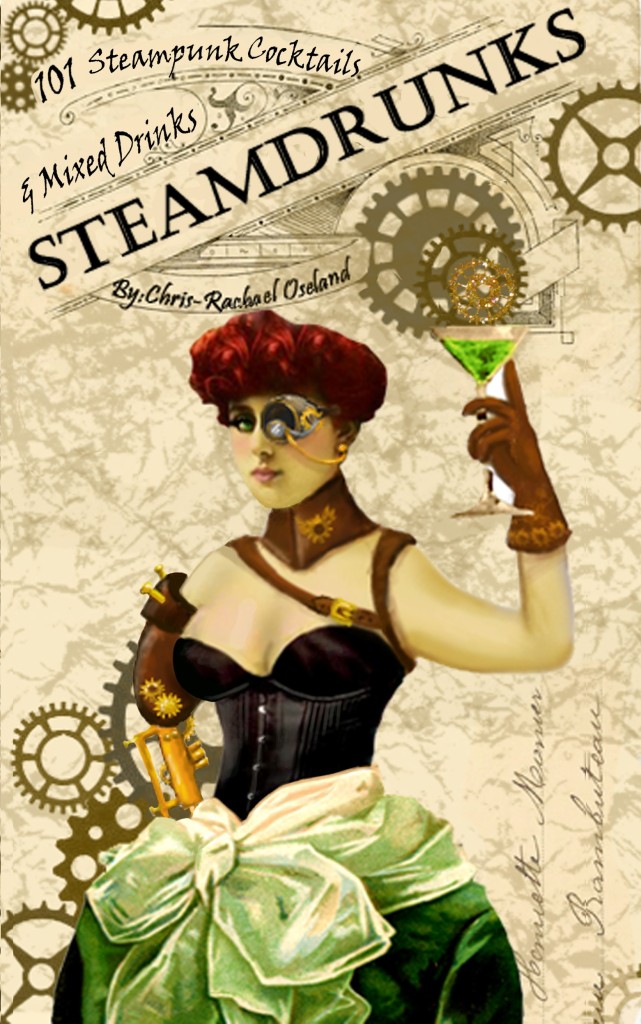 Grab your nerf gun and goggles, kids, because we’ve got a vintage version of your favorite excuse for December Day Drinking – Eggnog!

The Victorians may have enjoyed ether sniffing parties, making wreaths from dead people’s hair, and grinding up Egyptian mummies to use in makeup, but even they found limited entertainment value in a roaring case of salmonella.

Sugar was a preservative. Alcohol was both a preservative and an antiseptic. Add enough of both and you could make dubious proteins like eggs and milk both safe and tasty.

Now, to give the Victorians credit, they didn’t have issues with factory farm overcrowding or chickens being kept high on a cocktail of antibiotics, growth hormones, and the zombie brains of their fallen comrades. Plus, when you lived next to a river as dubiously crunchy as the Thames, you got into the habit of adding a bit of sweet, purifying alcohol to any ingestible liquids.

Being forced to drink straight river water would’ve been just as terrifyingly gross to them as having raw chicken breasts rubbed on the inside of our nostrils to us. Burning out disease with the fire of booze worked on your uncle Timmy, the family ox, and by God it’ll work on this bowl of eggs.

Our weak modern immune systems coupled with a century of selective bacterial breeding means brave Steampunks who indulge in home made eggnog should spend a few extra dollars on pasteurized eggs. Consumption might have been a sexy disease, but no one wrote poems about the seductive impact of salmonella on their beloved’s body.

In this context, “whole milk” meant half a gallon of fresh cow juice with none of the tasty fat or cream removed. Unlike the 19th century’s frequently chunky milk punches, eggnogs were meant to be a smooth, creamy treat. No two day old unrefrigerated, unpasteurized, bemusingly curdled dairy here! Well, not much. It really depended on how far you lived from a cow.

I left the original “wine glass” measures to give you a bit of flexibility. Vintage wine glasses usually held around six modern ounces. A couple warm mugs of the finished drink would put most of us under the table, but the Victorians had livers as strong as the whalebone in their corsets. Modern drinkers might use a “wine glass” which could be mistaken for a shot. No one will tell.

Separate the egg whites from the yolks. Beat the yolks like they’re a disobedient stablehand, then add the sugar so they know you still care.

Slowly add in the alcohols until the entire beating incident is a bit muddled. Meanwhile, off in a different bowl, whip some spine into those limp egg whites. When they’ve stiffened up, add the milk and about half the egg whites to the yolk mixture. Continue beating until the two cleave together for their own protection. Gently stir in the rest of the pre-beaten egg whites.

Let the drink sit in your fridge for at least half an hour so the flavors can come to terms with what just happened to them. Serve in small teacups if you used the period recipe or hearty mugs if you scaled the alcohol down for weak modern livers.

If you’re too tired to engage in all that beating and whipping feel free to save time by resorting to a blender, you lazy degenerate.

Get Yourself Retro-Futuristicaly Tipsy With A FREE Copy of SteamDrunks

...  It is my humble honor to inform you SteamDrunks: 101 Steampunk Cocktails and Mixed Drinks is free for Kindle users today. You ...

...  is one of my favorite recipes in SteamDrunks: 101 Steampunk Cocktails and Mixed Drinks. First, it's incredibly drinkable ...