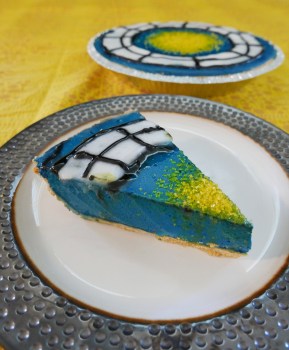 Doctor Who Series 9 is mere days away, which can only mean one thing. While mainstream America is frothing over football, we’re all soaked up to our elbows in blue food coloring getting ready for watch parties! If you’re afraid of the hot box in your kitchen yet your party host has banned you from bringing any more blue corn

END_OF_DOCUMENT_TOKEN_TO_BE_REPLACED 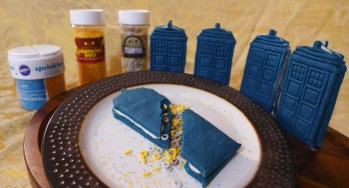 This Christmas, make your own Exploding TARDIS cookies while waiting for London to be invaded. Again.

END_OF_DOCUMENT_TOKEN_TO_BE_REPLACED

Whether you’re stranded on the wrong side of a rift in the universe or merely waiting for a coalition of everything that ever hated you to spring their inevitable trap, it’s a sure bet things are about to get shaky inside your TARDIS. Demonstrate the severity of the situation to your companions using these sexy TARDIS sandwich cookies for props.

END_OF_DOCUMENT_TOKEN_TO_BE_REPLACED 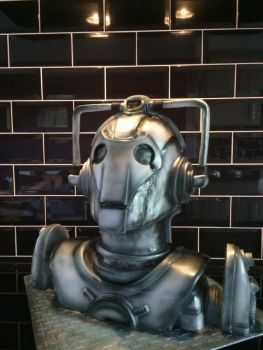 While you’re waiting for your super easy Wibbly Wobbly Blue Curacao Cake to bake in one of the nifty silicone TARDIS cake molds, stare enviously at these gorgeous yet time consuming fondant creations depicting all your favorite Doctor Who aliens. Eat the Evidence walks you through a step by step guide to adding more delicious fat to your diet. And

END_OF_DOCUMENT_TOKEN_TO_BE_REPLACED 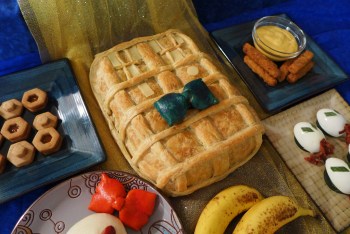 Dining With the Doctor: Regenerated is now 44% of the way to our goal with 115 backers! As loyal Kitchen Overlord minions, I know you’re hungry for a sneak peek at some of the original recipes inside. I already posted a recipe for Deviled Ood with Horseradish and Bacon from Season 2, Episode 9, but that’s not the only Ood-tastic

END_OF_DOCUMENT_TOKEN_TO_BE_REPLACED 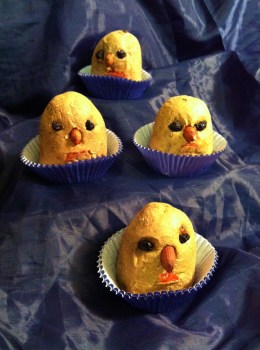 Your Kitchen Overlord is sneaking away a great train caper. Rather than leave you hungry in my absence, this week I’m reprinting five of my best vegetarian recipes in honor of the fact that I’m traveling from the hipster enclave of Austin to the hippie rainforest of Portland in a retro-futuristic style the Victorians would’ve admired. Today, Strax rejoices as

END_OF_DOCUMENT_TOKEN_TO_BE_REPLACED 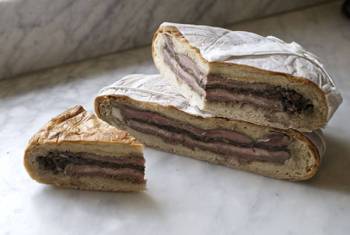 Shakespearean Shooter Sandwich That beard. That swagger. Oh, Shakespeare. You’ve never been so sexy. If you slipped into the Tardis for Martha’s first journey back in time, you could not only enjoy the only production of Shakespeare’s “Love’s Labour’s Won,” but also a hearty slice of what would later be called a Shooter’s Sandwich. It’s a sort of cheap cheater’s

END_OF_DOCUMENT_TOKEN_TO_BE_REPLACED 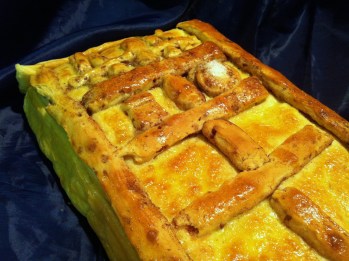 L.I.N.D.A.’s Tardis Wellington This is a great recipe for getting your mates get together for a little Electric Light Orchestra jam sessions and alien spotting. Don’t be intimidated by the “Wellington” name. This is actually easier to make than most people think. The key is quality ingredients. Yes, it is a little bit of a hassle, but your friends will

END_OF_DOCUMENT_TOKEN_TO_BE_REPLACED 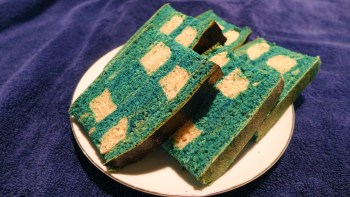 This adorable Panda Bread popped up on my Tumblr again. Naturally, I found myself wondering how hard it would be to make a Tardis inspired bread instead. The answer: a moderate pain in the ass. The colored bread didn’t end up anywhere near as vibrant a blue as I wanted. My white panel squares had a bit of droopage, though