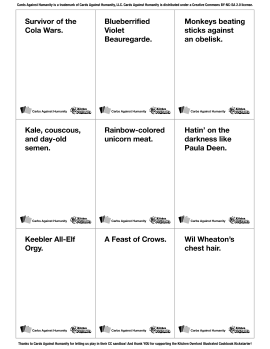 Build your own geektastic custom CARDS AGAINST HUMANITY deck with 1000+ printable cards from Harry Potter, Star Trek, Firefly and more!

END_OF_DOCUMENT_TOKEN_TO_BE_REPLACED 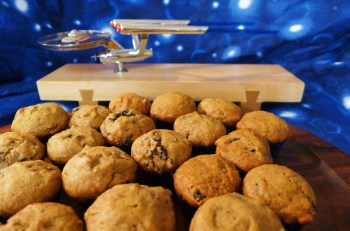 If you want to see Captain Worf at the helm of his own ship, join the #WeWantWorf campaign and send CBS a basket of mini muffins with a note to green light Michael Dorn’s proposal. Why mini-muffins? Dorn says he wants to sweeten the CBS exec’s disposition towards a Star Trek spinoff rather than annoy them. After all, somebody in

END_OF_DOCUMENT_TOKEN_TO_BE_REPLACED

5 Ways to Geek Up Your Passover! 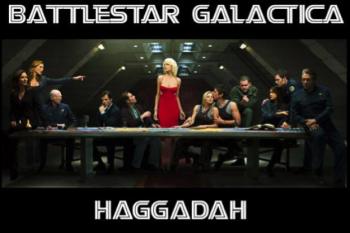 Whether you’re looking for a whole new Haggadah or just an interesting take on the 10 Plagues, the internet is rife with ways for you to geek up your holiday. How is this day different from all other days? And stop saying, “Because I know I’m a Cylon, now,” Saul. That’s not the answer to every question. Read the whole

END_OF_DOCUMENT_TOKEN_TO_BE_REPLACED

Set Your Ginger Beards to Stunning! 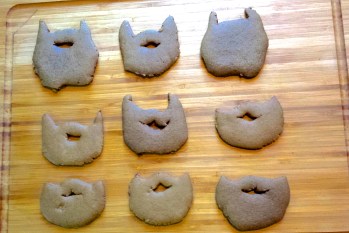 Behold a world of tasty potential! With one cookie, you can fulfill The Doctor’s wish to finally be a Ginger, instantly transform into the Mirror Universe version of yourself, or turn a cookie jar upside down and pretend they’re scarab beetles falling out of a Stargate. Whether you choose to use your powers for good or evil, you’ll need a

END_OF_DOCUMENT_TOKEN_TO_BE_REPLACED

Joseph Sisko’s Creole Kitchen has a little something for everyone – from Ferengi tube grubs for Nog to a gluten free almond cake based on historic Portuguese recipes for diners of all races who can’t eat wheat. Sisko’s Creole Kitchen Gluten Free Almond Cake (Torta de Santiago) By Jennifer Imhoff-Dousharm Originally baked and decorated with a Saint James cross design

END_OF_DOCUMENT_TOKEN_TO_BE_REPLACED

Yesterday we taunted you with a Vulcan Vegetarian dish suspiciously propped against what looked like a Horta. Today, we reveal that our labs have deconstructed the silicon based lifeform of Janus VI and reconstructed it in a delicious, organic form you can serve your entire family. Some people protested that our techniques skirt Federation Regulations against eating sentient creatures. Luckily,

END_OF_DOCUMENT_TOKEN_TO_BE_REPLACED

Since our logical Vulcan friends are well known as both vegetarians and adventurous eaters, I made this Vulcan Vegan Keema in their honor. Then, I ruined the vegan-ness it by putting it in puff pastry, because humans are horribly inconsistent. If you want to keep this Star Trek homage entirely vegan, VeganBaking.Net has a great recipe for a totally vegan

END_OF_DOCUMENT_TOKEN_TO_BE_REPLACED 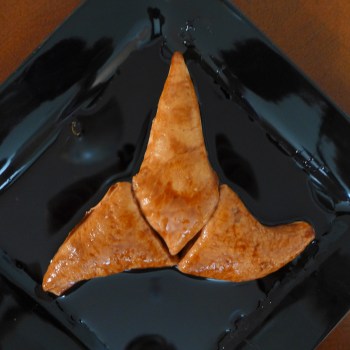 We’re not all Federation-lovers at Kitchen Overlord. Some of us follow a warrior’s path. While fresh Gagh and your Earthican live calamari are a good start, the mighty Klingon empire also deserves tribute in the form of delicious food! These blood orange pull apart breads taste almost as sweet as victory itself. Klingon Blood Orange Pull Apart Rolls Bread: 4

END_OF_DOCUMENT_TOKEN_TO_BE_REPLACED 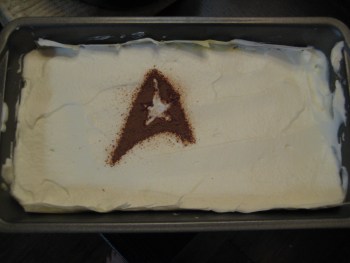 Since our Overlord is still at South by Southwest, you get two days in a row of Minion-tastic recipes. She’ll be back tomorrow with her greatest prize, ears she skinned off a Ferengi. Or maybe just a tasty symbollic version. It depends on how many sheets of gold pressed latinum he wants for her latest invention. Captain Picard’s Earl Grey

END_OF_DOCUMENT_TOKEN_TO_BE_REPLACED 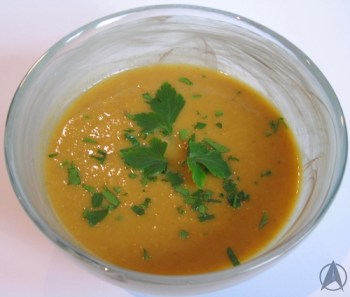 In honor of two Star Trek: Voyager actors who are currently crowdfunding movies, I asked the ever awesome Food Replicator to share one of their amazing recipes based on the show. Check out the Kickstarter for “Resilient,” starring Robert Beltran, who played Chakotay in Star Trek: Voyager and the IndieGoGo campaign for “An Untitled Motion Picture About A Space Traveler